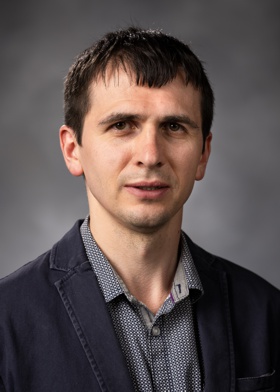 Aleksandr Mosenkov received a B.Sc. with Honors in astronomy from Saint Petersburg State University, Russia, in 2008 and a Ph.D. in astrophysics from the same university in 2013. During these years, he also worked as a research fellow at the Central (Pulkovo) Astronomical Observatory of the Russian Academy of Sciences, Russia. In 2015-2017, he was a postdoctoral researcher at Ghent University, Belgium, and a senior researcher at the Pulkovo Observatory in 2017-2021. In 2021, he began as an assistant professor at Brigham Young University. He has authored/co-authored over 70 scientific publications that include a broad range of international collaborators. His main research interests are in the area of galaxy formation and evolution. They encompass studying the structural properties of galaxies (including the Milky Way), galaxy scaling relations, panchromatic simulations of galaxies with a complex interstellar medium, and exploring the low-surface brightness Universe using modest-aperture telescopes and new deep sky surveys.