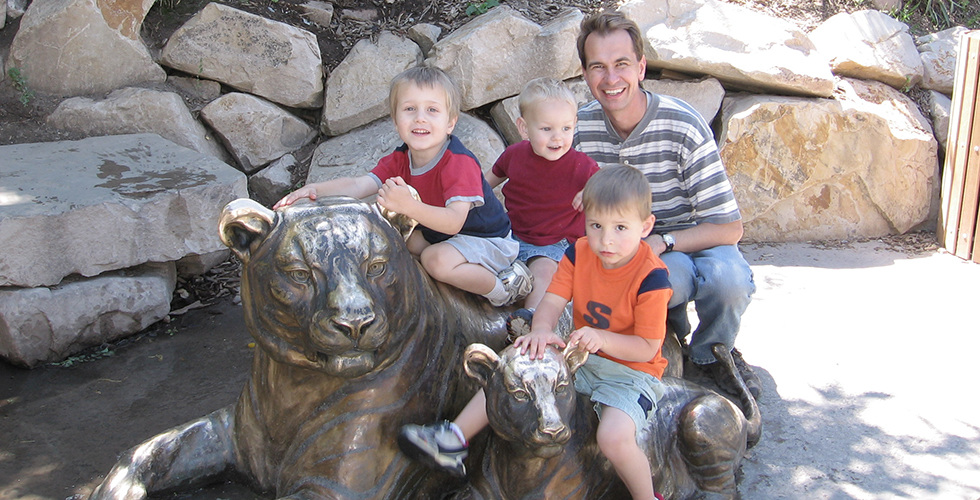 “Physics” and “easier to understand” aren’t phrases that ordinarily appear together, but that’s what BYU alumnus Derek Hullinger is trying to accomplish.

Hullinger’s interest in physics started before he was a student at BYU.

“When I was in high school, I took a physics class and absolutely loved it,” Hullinger said. “I liked math before that, but I loved how physics showed me how I could use math to explain things that you see in the world around you.”

Shortly after receiving his bachelor’s in physics, Hullinger worked with NASA on the Swift Burst Alert Telescope project. The telescope’s purpose was to study gamma ray bursts, or powerful explosions of stars in distant galaxies.

“My job was to come up with a mathematical model to describe the relationship between the energy of each gamma-ray photon that is absorbed by the telescope’s detectors and the electrical signal produced by the detectors,” Hullinger said.

“Imagine this radar sitting in the sky, 3,000 feet up,” Hullinger said. “It sends out a pulse of microwave radiation, and the pulse bounces off anything it comes in contact with. The ‘echoes’ come back to the radar and tell it how far away different objects are.”

Hullinger’s work at IMSAR involves developing new types of radar systems and improving those that have already been developed.

“Our company has found a way to make these devices incredibly small, incredibly low power, and incredibly cost effective,” Hullinger said. “They can be flown on small, unmanned vehicles, which is a first for synthetic aperture radar.”

Hullinger said his time at BYU prepared him for the work he’s done, particularly by teaching him how to learn.