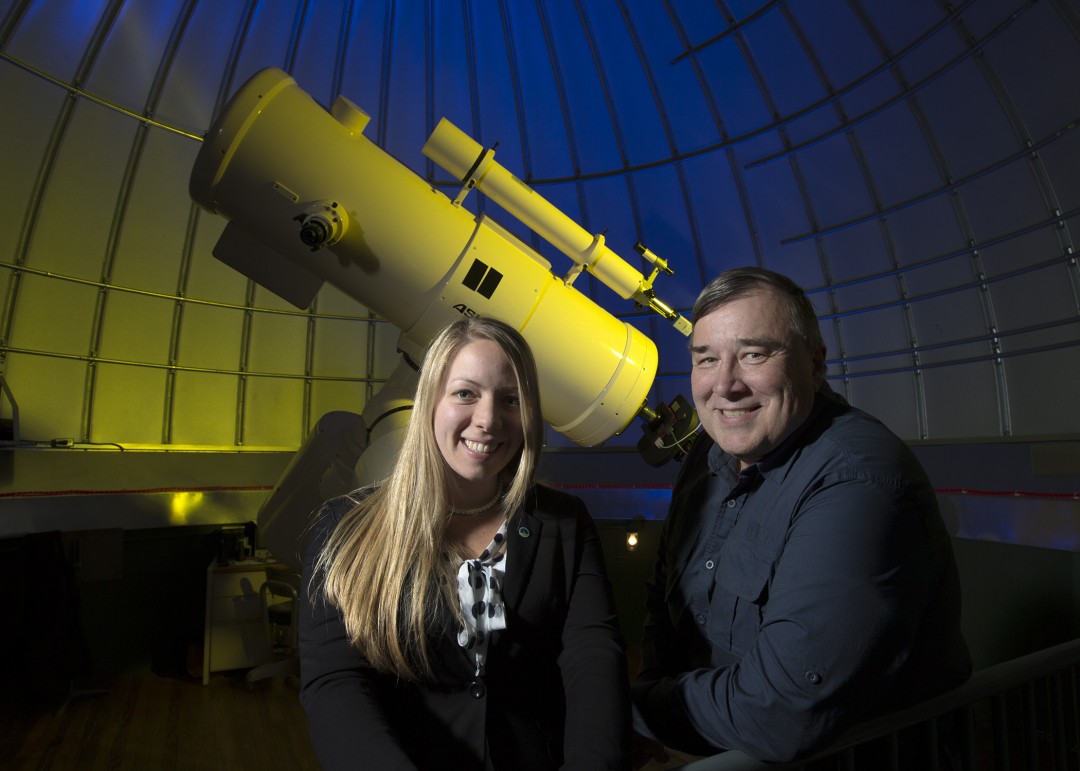 If you want to see just how far BYU’s latest research extends, step outside of your house tonight, look up towards the sky, focus your view between the constellations of Cygnus and Lyra, and then zoom in about 100 million light years.

That’s the home of a galaxy known as KA 1858, which contains a black hole that BYU scientists observed with the help of NASA and other astrophysicists throughout the University of California system.

The study, which appears in the Astrophysical Journal, estimates that this black hole has a mass of approximately 8 million times the mass of our sun.

Originally, the NASA Kepler satellite’s main mission is to hunt for earth-like planets in our own galaxy. In this study, however, researchers were able to combine data from the Kepler mission with ground-based data to observe black hole characteristics. Many of the ground-based observations were performed at BYU’s West Mountain Observatory, the largest research observatory in Utah.

“It was a long project that involved lots of different observers, some of them around the world,” said Professor Michael Joner, co-author of the study. “Using measurements that were done at BYU, we were able to determine that the mass of the central black hole for this galaxy was about 8 million times the mass of the sun — that’s a really really massive object.”

Astronomers are used to measuring light radiated by different type of objects, and black holes are very difficult to measure because they don’t give off any radiant energy. For this reason, Joner and masters student Carla Carroll, who is also a co-author of the study, used a method known as reverberation mapping.

Reverberation mapping involves observing the light that is emitted as material spirals toward the black hole. At different distances from the center, the light interacts with nearby gases, which then re-emit that light. These groups of light reach the ground-based telescope within a few days of each other. By analyzing this time difference and by measuring how fast the material is moving around the center of the galaxy, they were able to determine the mass of this central black hole. 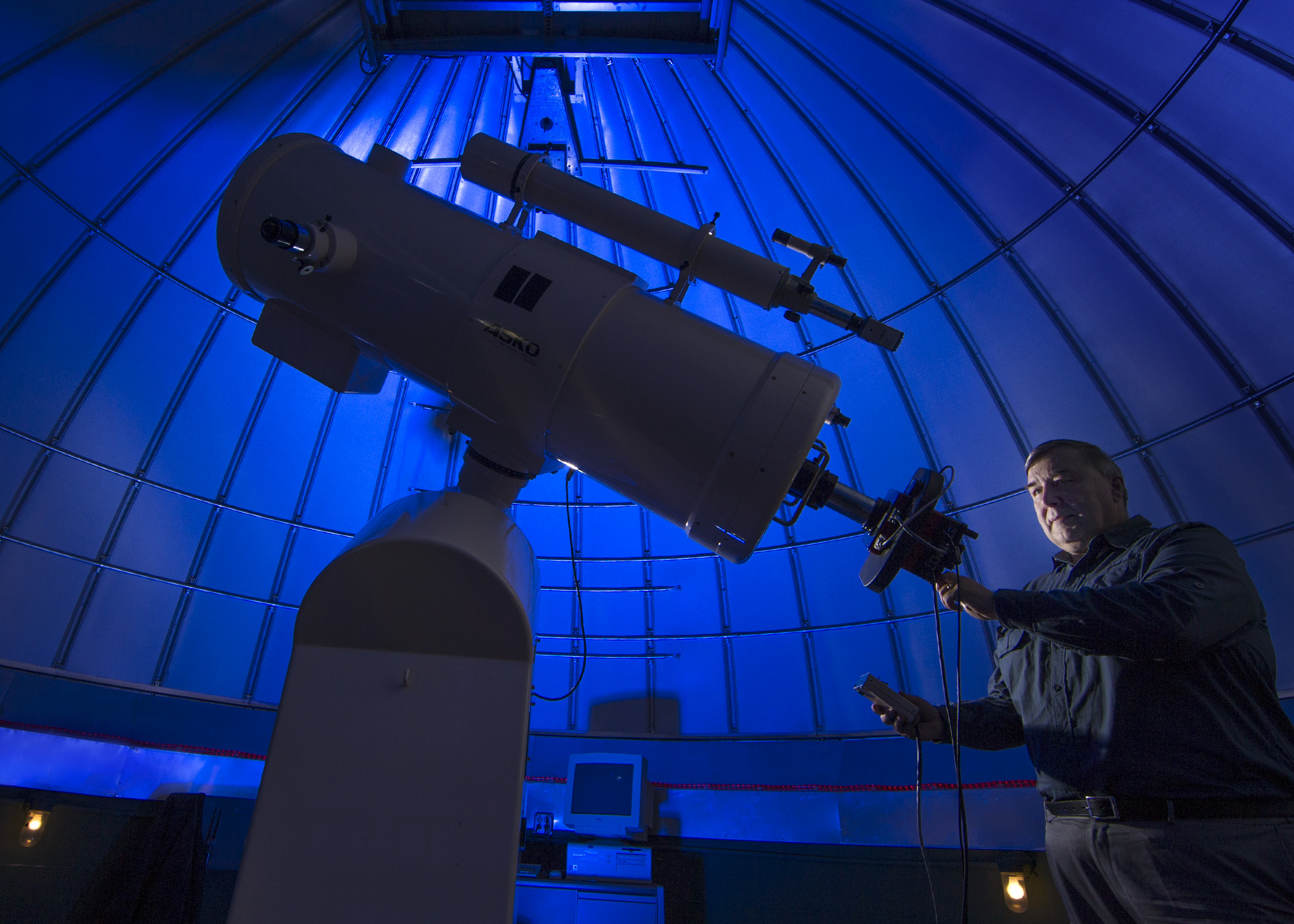 Mike Joner in the observatory at BYU’s Eyring Science Center. Photo by Mark A. Philbrick

According to Carroll, current techniques for this method require some of the largest, and quite overbooked, telescopes in the world. She and Joner are working on a way to use smaller telescopes that have the abilities to observe different active galaxies. This way, astrophysicists everywhere can have the ability to do this science using smaller and less costly telescopes.

“After lots of collaboration, we were both learning amazing things and coming up with new ideas and possibilities,” Carroll said. “The best part of this project for me was learning about active galactic nuclei and supermassive black holes on a level I never could have in either undergraduate or graduate classroom settings.”

Carroll is finishing up a similar project to the publication and will graduate in April 2015 with a Master of Science. She recently earned admission to the University of Heidelberg in Germany for a Ph.D. program in astrophysics.

Mentored research opportunities are a big reason why BYU is ranked so highly as a Ph.D. launch pad. According to the National Science Foundation, BYU ranks fifth in the country for number of graduates who go on to receive doctorate degrees. 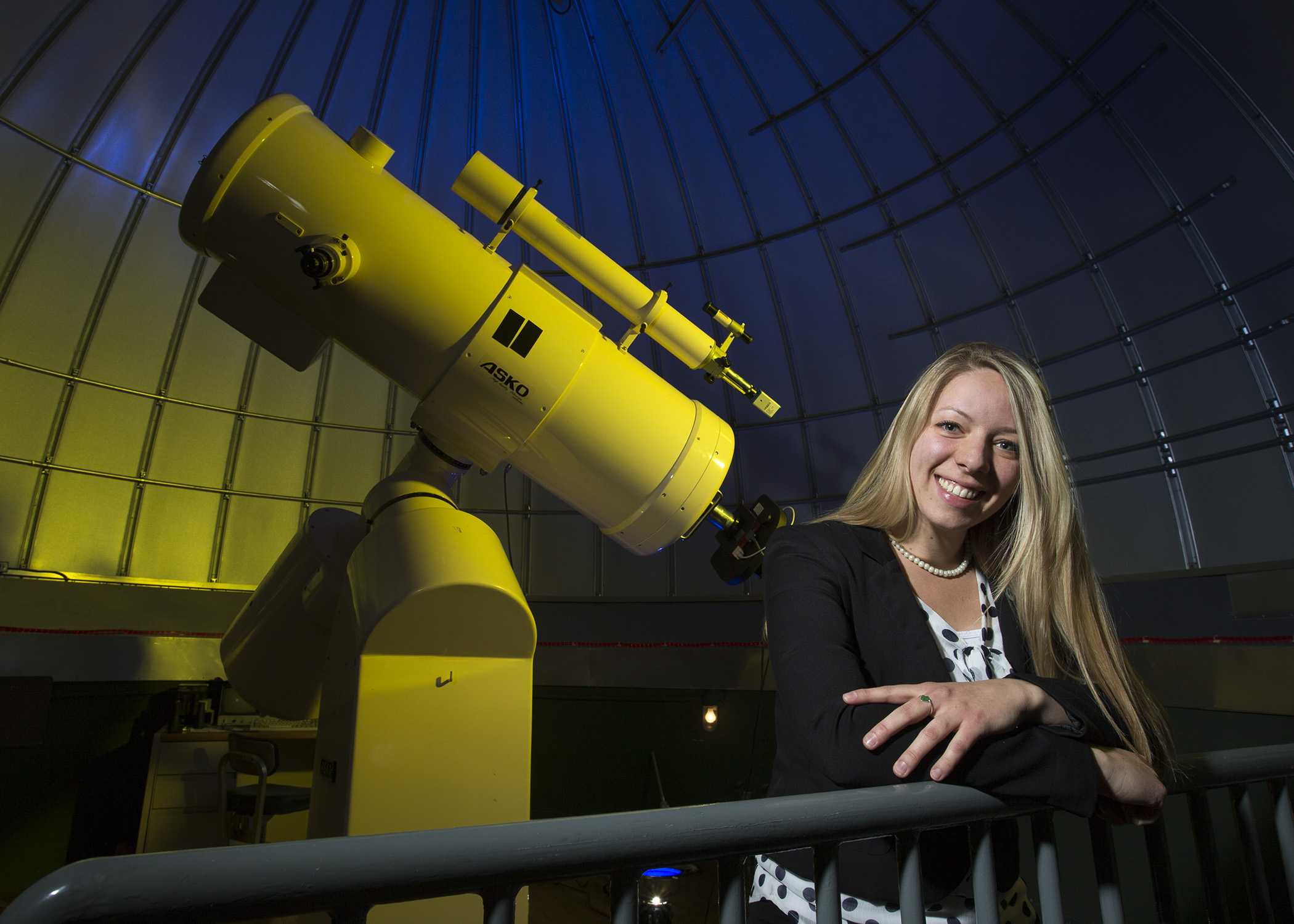