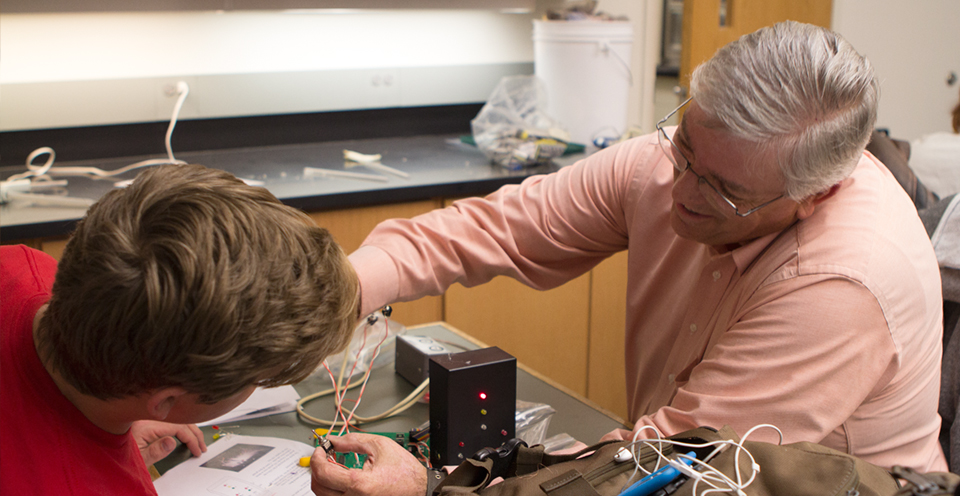 BYU is gaining national recognition for producing more physics teachers than other colleges.

In 2014, BYU had 17 physics teaching graduates, which is more than double the number at any other university in the country.

BYU has also consistently outpaced other schools in this area for at least the past ten years. The Physics Teacher Education Coalition (PhysTEC) has recognized these numbers and awarded BYU a spot in its 5+ Club, which has 11 members this year.

According to the PhysTEC website, “The United States has a severe, long-term shortage of qualified physics teachers,” so they have instituted the 5+ Club program to recognize universities that are producing teachers. Although this is the 5+ Club’s inaugural year, PhysTEC went back three years to retroactively recognize all universities with more than five physics teaching graduates in a given year. BYU topped the list for at least the past five years, even though PhysTEC only recognized BYU on this year’s list.

“They [PhysTEC] know what we’re doing, and we appreciate their effort to share what we’re doing with other people,” said Duane Merrell, director of BYU’s physics education program.

Merrell has spearheaded the program since he arrived at BYU in 2004, after teaching high school physics for 20 years. He graduated with bachelor’s and master’s degrees from Utah State University in 1985 and 1988, respectively. According to him, BYU has so many students who want to teach because of the strong culture of service here.

“I think we have more [future] teachers here than anywhere else because of that mantra, ‘Enter to learn, go forth to serve,’” Merrell said. “The students here are seeing things larger than just salaries. They see things and say, ‘I could be a change for good.’”

He said that both inspirational high school teachers and experiences unique to Latter-day Saints influence these students’ decision to become teachers as well.

“I think missionary service has a lot to do with it,” he said. “They go out, they learn to teach, they love people, and they see a need.”

Merrell himself is the embodiment of this altruistic attitude. From his pre-BYU career as a physics teacher at Emery High School in Castle Dale, Utah to his service as the executive director of the Utah Science Teacher Organization, Merrell takes education seriously. Further, he works with all of his students individually from the time they enter the program until they complete their student teaching assignments.

“We take the kids that want to come, and we work with them,” he said. “We take whoever comes in, and we try to make it possible for them to do this.”

Merrell also said that BYU and CPMS have been great facilitators for the physics teaching program here.

“The school is invested,” he said. “There’s a culture that education is important at BYU.”