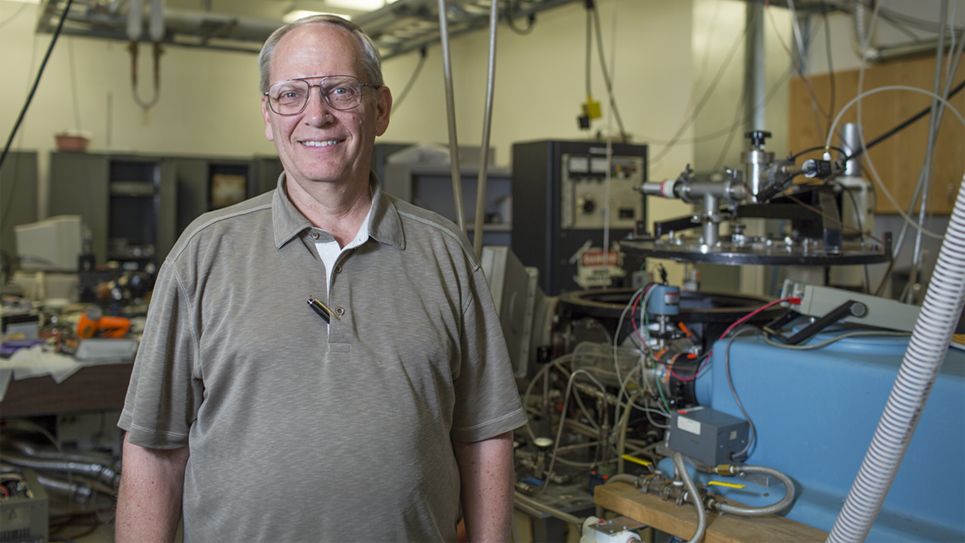 Steven Turley, professor in the BYU Department of Physics and Astronomy, has succeeded in turning his curiosity of the world into a career.

“I really like figuring out how to make things work,” Turley said. “I’ve been intensely curious about how things work ever since I was quite young, and it never got beat out of me as I went through school.”

His curiosity has driven him to not only discover how things work, but also to learn how to make them better. As Turley strives to understand the processes of the world around him, he has been able to combine his learning with his love for God.

“These things we’re studying . . . these are things that God created,” Turley said. “As a scientist, I love studying the works of His hands and how His universe works.”

Turley is currently developing substances, called optical materials, that can manipulate the behavior of light,. One use for these materials is the process of photolithography, which can make the integrated circuits found in cell phones and computers.

Not only has Turley researched and accomplished many things on his own, he has also seen his students accomplish great things during their time at BYU.

“When our students finish [their research], they usually got a pretty rich experience in lots of different areas,” Turley said. It may seem overwhelming at first, but Turley assures incoming freshmen that as they persevere and continue to work, they can “become the experts in that one little area. They can have something useful to contribute even as an undergraduate.”

On one occasion, Turley accompanied an undergraduate sophomore who presented her work at a conference. At her booth was a long line of people, longer than at any other booth. Afterwards she told Turley that she had been offered a post doctorate by a university who assumed she was conducting doctoral studies.

“You really can do significant things as an undergraduate if you are persistent and you stick with it,” Turley said.

Currently, several of Turley’s students are working toward graduate degrees at prestigious schools, such as Berkeley and MIT. Many also have careers in their field of study.